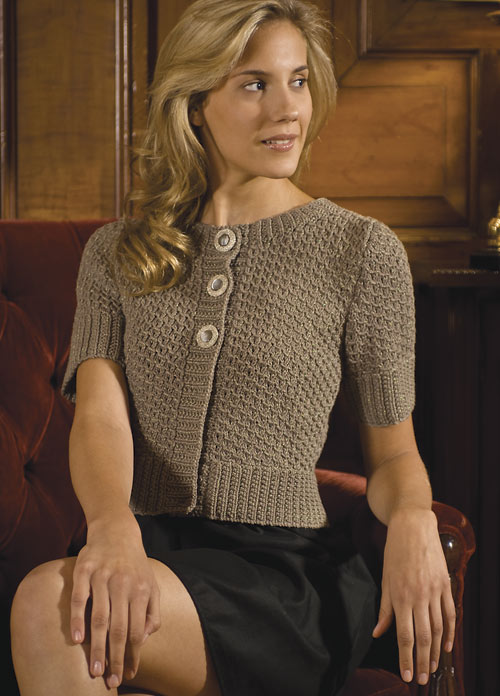 I haven't had much time to think about my next knitting project because I've been working on some other projects that aren't really craft-related. I finally had some time tonight to search through some patterns and came up with these two possible projects. I love the nautical stripes and shaping of the Breton Girl pattern, which originally appeared in the fall 2007 issue of Knitscene. The vintage styling of the Farrow Rib Cardigan is appealing to me too. This pattern first appeared in the winter 2007 issue of Interweave Knits. I may have to line up both of these projects for some of my summer knitting! You can buy both patterns individually in the Knitting Daily online store.
Email Post
Labels: Breton Girl Farrow Rib Cardigan interweave knits knitscene knitting