At the end of January, I started a class at the Oregon College of Art and Craft called Re-Fashion. It's being taught by local designer Alexa Stark. The class projects focus on experimentation and exploration of design through the deconstruction and reconstruction of clothing. I finished my first project this weekend and it's a jumpsuit.

I shopped at Goodwill and found this J. Crew utility jacket and a pair of Eddie Bauer carpenter-style pants. With similar design details, I thought these two pieces would make the perfect jumpsuit. Initially, I had cut the jacket right where the patch pockets were and then sewed it directly to the pants to see what that would look like. Unfortunately, the jacket top was then too short and after trying it on, the pants came up way too far. So, I ripped that apart. I worked on removing the patch pockets from the bottom of the jacket, but the stitching was so heavy in the corners that I wasn't able to get them off without leaving some holes. So I cut the holes off and then sewed a strip of the jacket back on to the top portion, which now looked like a waistband. With the new waistband, it didn't make sense to keep the waistband of the pants, so I removed that and took off the buttons and belt straps to be sewn on later. Next, I attached the new jacket top to the pants and sewed the buttons and belt straps back on. The pants were way too long, so I cut off about five inches with enough seam allowance to make some elasticized cuffs. I tried to dye the entire thing black, but the dye didn't really take hold though the top is a slightly darker gray now.

I'm really surprised at how well this project turned out. I'm a pretty technical/follow directions sewer, so this class is really pushing me to explore and go with the flow more and I'm learning a lot, which I love. 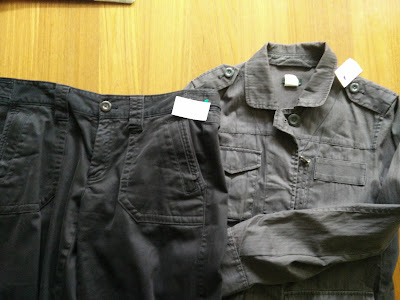 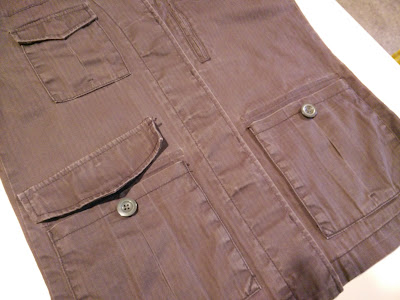 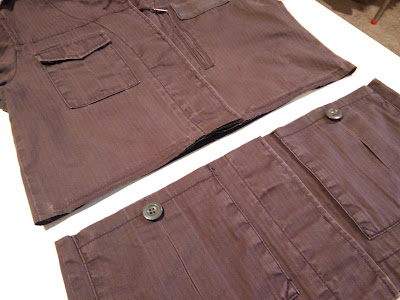 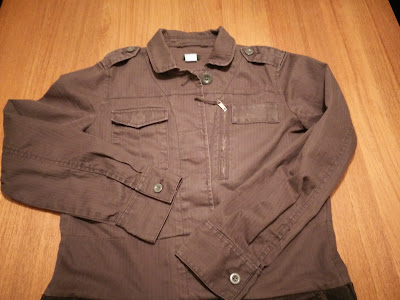 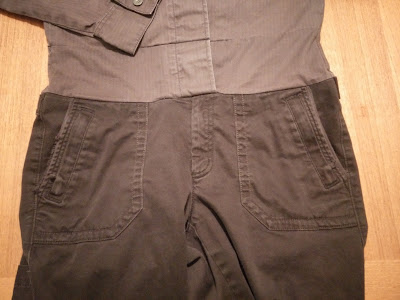 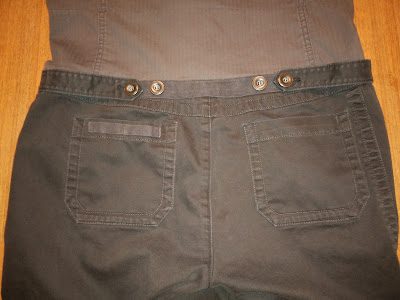 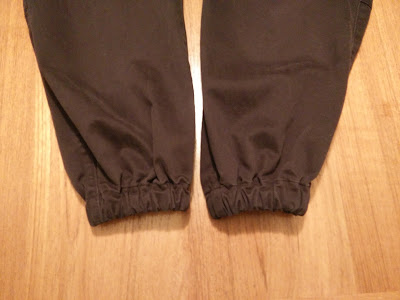